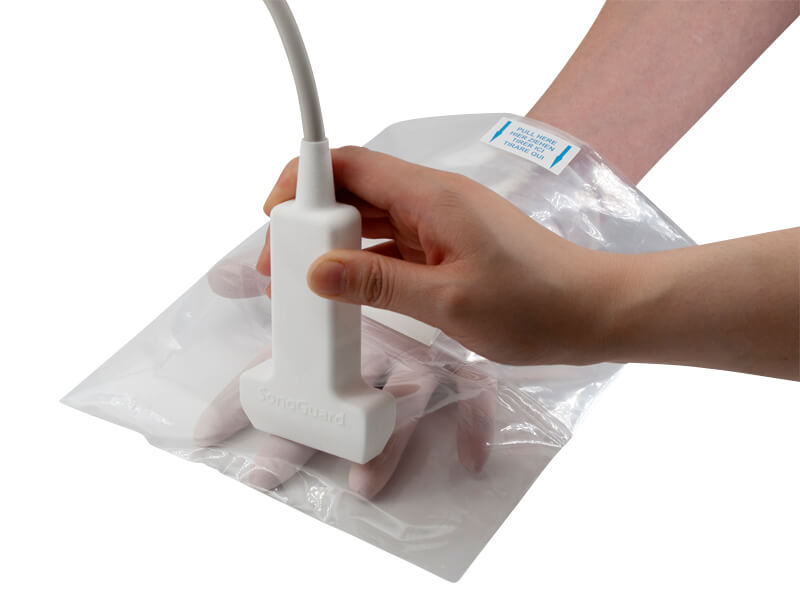 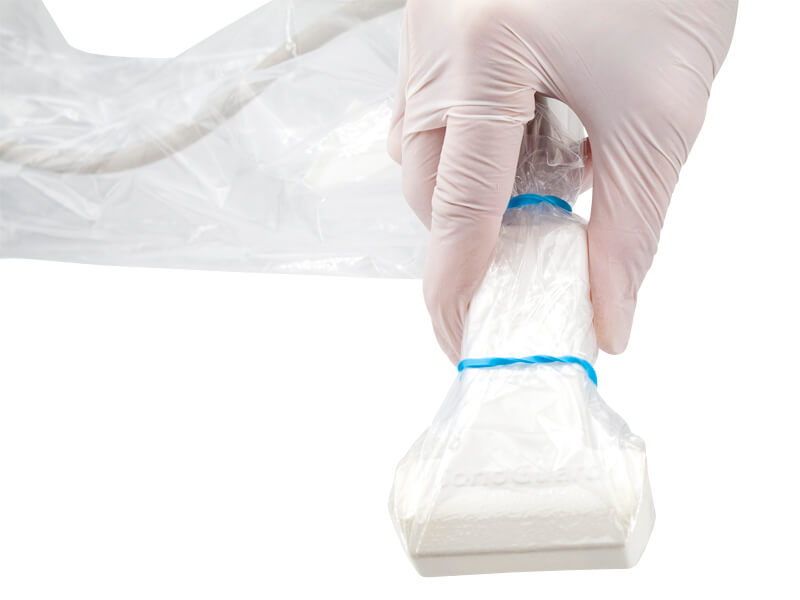 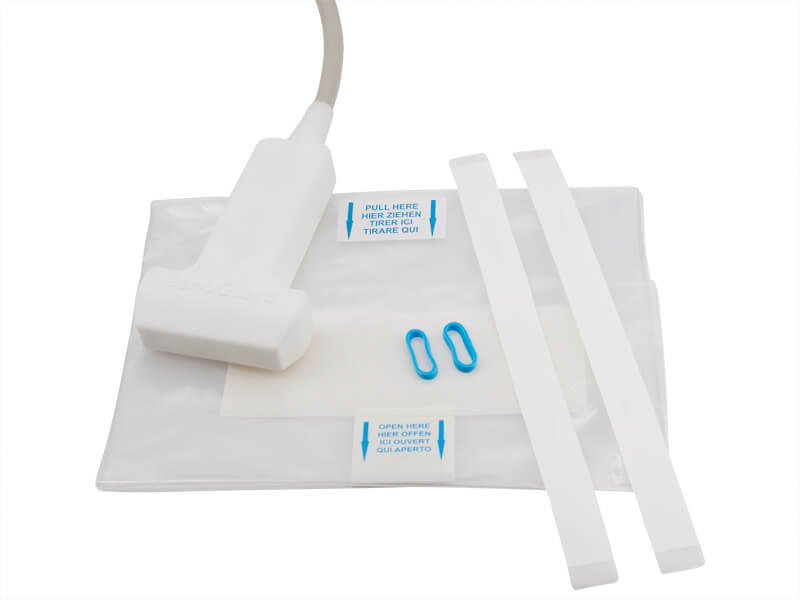 Saves time and consumables through an unrestricted ultrasound image

Conclusion: Saving of time and consumables by unrestricted visibility

Instructions for Use SonoGuard Plus 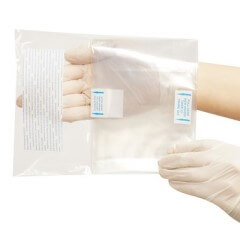 The sterile person introduces the first hand into the most inner pocket of the folded cover and spreads their fingers to prevent the formation of wrinkles on the adhesive surface. 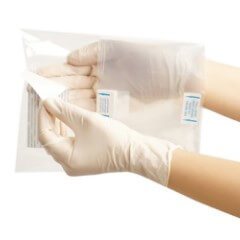 The sterile person removes the protective liner from the adhesive surface with the second hand. 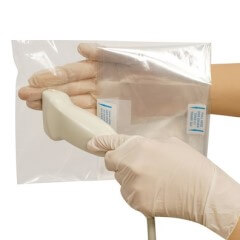 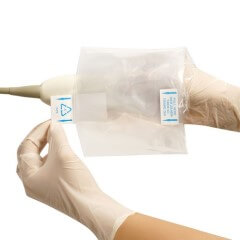 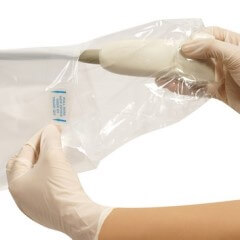 In the case of longer covers, the non-sterile person has to pull a second label to fully extend the drape over the cable. 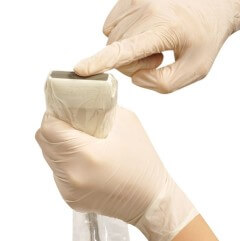 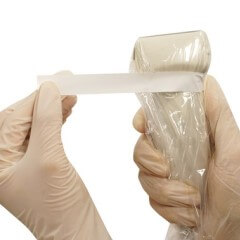 Attach the cover to the transducer with the adhesive strips or rubber bands provided.

If there is an additional adhesive strip or rubber band provided, the loose-fit cover may be tightened behind the transducer to the cable to improve handling during use.

We use cookies on our website. Some of them are essential for the operation of the site, while others help us to improve this site and the user experience (tracking cookies). You can decide for yourself whether you want to allow cookies or not. Please note that if you reject them, you may not be able to use all the functionalities of the site.